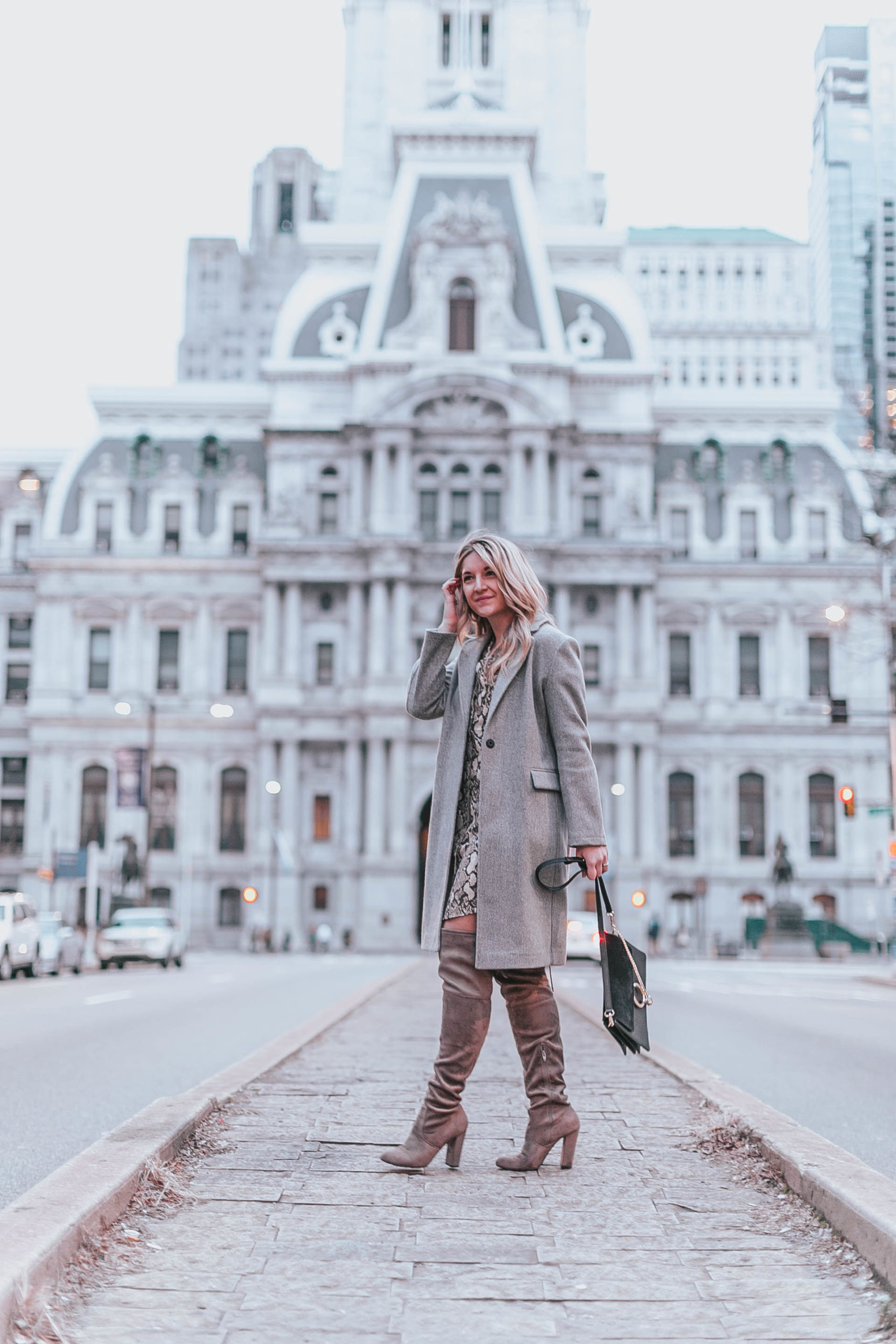 A year in Philadelphia. Wow, that seems crazy. Had you asked me January 1st of last year what I would be doing in a year I don’t think anything would have prompted me to say living in Philly working as an Assistant Buyer and commuting to New York City twice a week. But, here I am, doing all of the above.

A year ago, I was hit with some of the most difficult news to date. My mom and I had been driving for 20+ hours and as we reached the city limits of Philadelphia, I received a call from my future employer informing me that I was no longer able to continue with my blog. Their exact words “we don’t want you to take this as a loss, you have so much to gain with the company.” Talk about a smack in the face! I was quite literally speechless as tears began building up. I fought so hard to hold them back but soon enough, tears were flooding my eyes and I couldn’t maintain my composure. I broke down while the employer was still on the line and tried to explain that my blog was everything to me and the only thing I was bringing with me to Philadelphia as I had already left my family, friends and boyfriend behind in Minnesota. Unfortunately, they would not budge on their decision after I had been 100% open with them during my interviews about my blog and how much it meant to me. It was now up to me to decide whether or not I was going to take this job. My mom and I decided to check into a hotel for the night and began contacting friends, family and lawyers. I posted to my story sharing a brief explanation of what was going on and was overwhelmed by the amount of responses I received from all of my followers. Never in my life had I felt so heartbroken as something I had worked so incredibly hard for for 3 years was suddenly just been ripped away from me. I now know what it is like to experience a major heartbreak and I can’t say that I ever want to feel that way again.

I cried for 2 days straight trying to understand why this happened and how I was going to move forward. I was going back and forth about my decision and finally decided to show up at the office of my future employer and demanded to speak to someone in HR. I managed to pull myself together for approximately 5 minutes, but once I sat down with the HR representative and began explaining my situation, I lost it all over again. Even as I am writing this and reflecting on this moment I am tearing up. This truly was the most difficult decision I ever had to make. After trying as much as I could to convince the HR team that blogging was in no way a “conflict of interest” and that it would not affect my ability to do my job, they still refused to allow it and gave me an ultimatum. I either follow through with my commitment to take the job and walk away from my blog, OR, I walk away from the job all together.

I left the meeting feeling even more heartbroken than I had going into the meeting knowing that the company I was about to begin working for cared so little about me and all that I had given up to move my entire life for the job, especially since I had been honest and open about my blog since my first interview. It was no secret that my blog was my baby and I was so incredibly proud of what I had accomplished in my 3 years of blogging. But at the end of the day, despite all of the tears and resentment, I make the decision to follow-through with my commitment to the job and give up my blog for everything it was up until that day. Now I know you may be thinking “why on earth would you do that?” or “I would never!” and to be honest, I didn’t want to, but rather felt like I had to. My parents had invested so much money in moving me to Philadelphia, I had already said my good-bye’s and felt like if I came back to Minneapolis job-less I would be a failure. At the end of the day, the career I was about to begin offered me a stable income whereas my blog was not quite at that point and after everything I had done to get myself to Philadelphia, I just couldn’t turn around and start all over again. Do I regret my decision? No. Would I have even accepted the job in the first place knowing they wouldn’t allow me to blog? No.

To this day, I go back and forth on the “what ifs” but at the end of the day, I do think that I made the right decision by choosing to follow-through with my commitment to the job even though I have missed blogging SO so much. I have learned so much about myself in this last year and have grown in so many ways. I have been fortunate to meet some of the sweetest friends here in Philadelphia who have helped me overcome all of the crazy obstacles that have been thrown my way. Between my blog being taken away, moving into the “ghetto” of Philadelphia, hiring a lawyer, my apartment flooding, my car being broken into, my car being hit and overcoming obstacles at work, this past year in Philadelphia has been extremely difficult. I keep feeling like the universe is trying to give me some sort of “sign” but I haven’t quite figured out what the sign is just yet. For now, I am trying to find peace of mind with where I am at and am anxious for what is to come in this next year. I feel like I am racing ahead, trying to have it all figured out, but what I really need to do is take a step back and appreciate where I am at this point in my life and take it day by day. At the end of the day I have wonderful friends, a stable income, a roof over my head and a family & boyfriend who all love and support me no matter where I am and that is more than enough to be thankful for.

I’ve realized that I may not be on the right career path for me and have decided that I am going to get back into writing on my blog (at least once a month) and sharing photos on Instagram, things that are acceptable under the terms with my employer. I feel like I’ve lost a part of who I am in this past year not having this outlet to fulfill my creative side and before it becomes too distant, I want to dip my toes back into it before diving head first. I may not be able to participate in all of the fun campaigns that I used to, but creating content and building connections in the blogging world is what has always meant the most to me anyways. I can’t promise consistent content like I used to share, but I am working my way back to a place that has been absent for far too long. Taking it step by step and enjoying the process.

Before I wrap up, I just wanted to take a moment to thank each and every one of you who’ve stuck around this past year. I’m fully aware of my following decreasing and engagement dropping but I try not to get hung up on it. I appreciate all of you who have chosen to stick around for the occasional post and want you to know that Blonde & Bliss still means just as much to me (if not more) than it did when I first started this blogging journey. I have plans for the future of Blonde & Bliss in 2020 and am excited to see where this year will take me.

Thank you for all of your love and support! 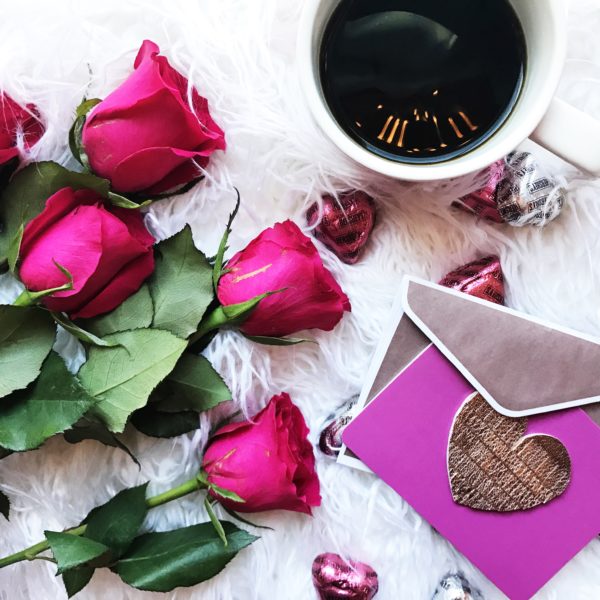 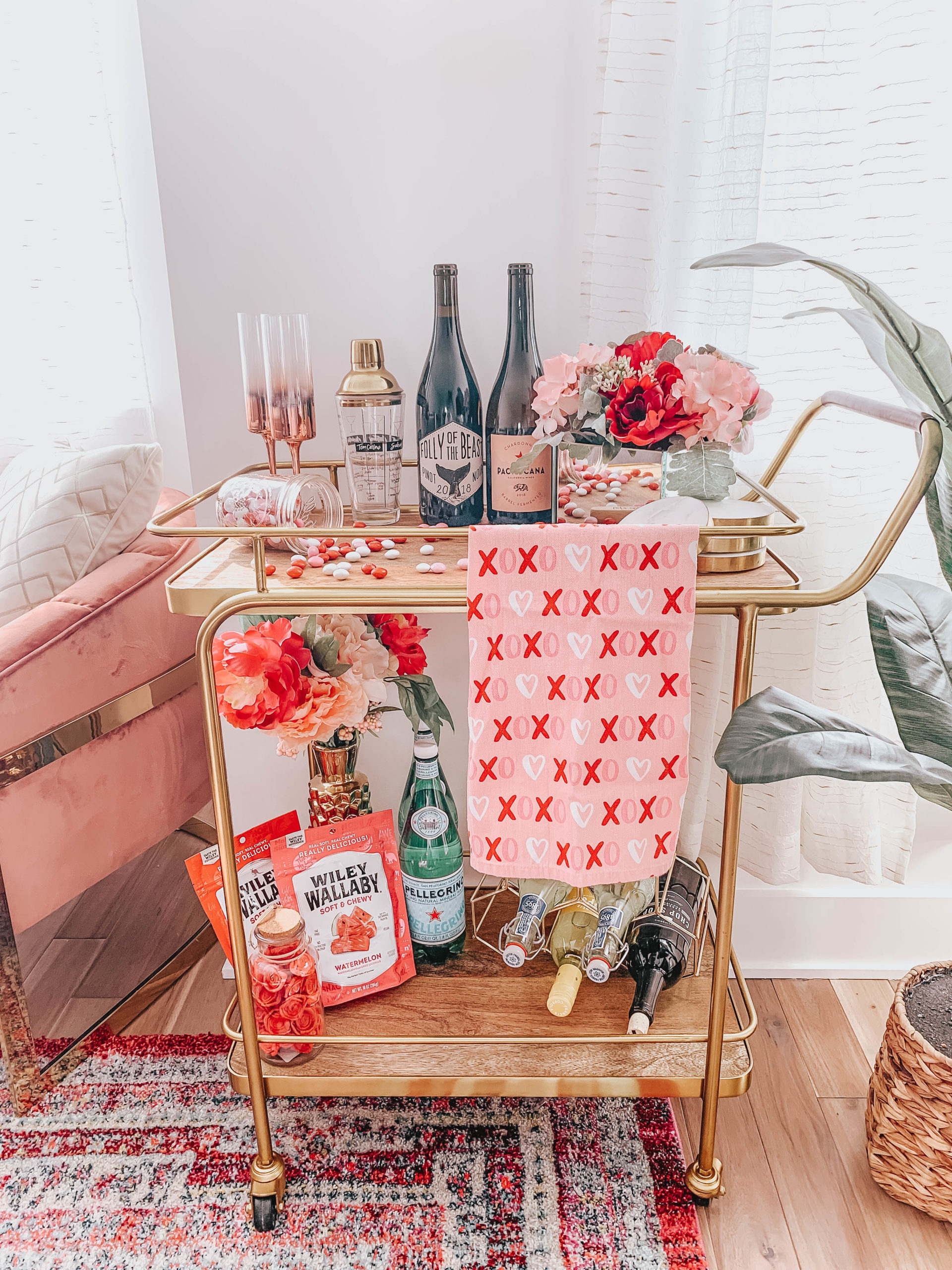 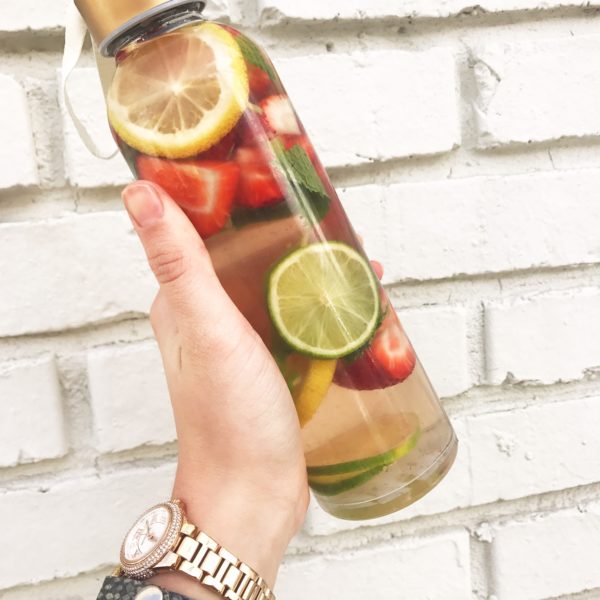