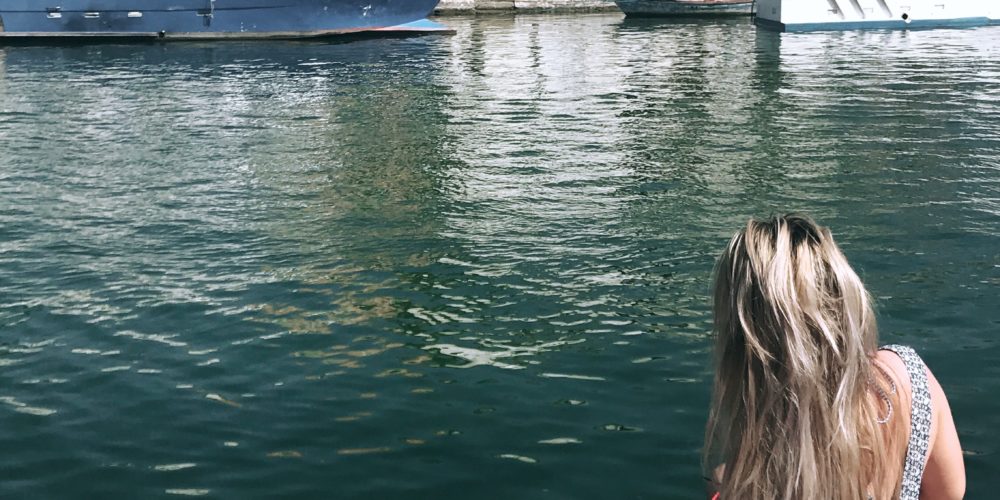 Today was the first day of class and man oh man was it exhausting! It seems strange to feel “tired” from sitting in class but having to be constantly “on” and paying attention is very difficult when the entire 4 hour class is taught in French. But, despite the challenge, it’s manageable as I work my way to piece each sentence together word by word as my French vocabulary is quite small as of now – hoping that will soon change! My class is made up of about 16 students, only 2 of us being from the U.S. The others are from bear and far; Africa, Canada, India, Iraq, Japan, Palestine, Venezuela and so forth. Being that it was the first day, we did all sorts of “hello my name is…” sorts of things (you know how the first day of school goes). It is really neat to see all these different cultures coming together to learn one language in which we can all communicate. Plus, our professeour is AMAZING.

Day two of class went just as well as the first, plenty of French and less and less of English. After class, I joined a new friend, Martine (from Canada) and the two of us went to the beach with a few other classmates. It was a great way to hang out outside of class and enjoy the sunshine. The beach is everyone’s favorite escape. For dinner, I was able to have my first conversation (longer than 2 minutes) with my host family as my language skills are already improving. They’re such a great family and I’m lucky to be spending the summer with them. Today, after class, I spent the afternoon with Martine. We went for lunch at a nearby cafe where we chatted over fresh eats and crisp rosé – a favorite between the two of us. After lunch, the two of us were cravvvvvving chocolate and set off to find a French version of a “brownie”. Come to mention, we basically bond over a love for chocolate & rosé! Later on in the evening, we met up with a group of students from the Université and attended the grand opening of a new glass art exhibit. It was pretty interesting, but our attention span was elsewhere and we left after a quick loop around. Following the exhibit, we all went out to dinner at a nearby créperie where somehow I ended up with an omelette, but I do have to say it was beyond delicious (despite the looks). We ended the evening with a cup of coffee and set off in our separate ways. A little bitter about the fact that we had class today, but what can you do. Being that it was Saturday, we were all super antsy and just itching to get out of class and head straight to the beach which is exactly what most of us did. The beach typically takes about an hour to get to, but coming from land locked Noeth Dakota, this is a treat. The water is still very cold (either that or I’m just a whimp) but it’s crystal clear and absolutely stunning to view. I left the beach in time to be home for dinner where my host family so kindly catered to my veggie diet and cooked up a veggie burger with a delicious salad – I’m spoiled with such good meals! The University of Minnesota organized an excursion for our little group of six for the day where we set off to “le grand motte” which is a touristy area along the coast with plenty of little shops, cafes, and activities. We began our day with a cruise along the Mediterranean where we enjoyed gorgeous views with a Pina Colada in hand (good morning to me!). The cruise lasted just over an hour before we unloaded the boat and set off for some exploring in the streets amongst all the shops and craze. Favorites, such as Birks, can be found here for as little as 40 euros! Another classmate and I eventually made our way over to the beach where we soaked up the summer sun for a few hours before heading to a nearby aquarium to dive into the sea life. Growing up going to Sea World, the aquarium seemed quite small, but it was still fun to feel the stingrays, touch a starfish and laugh at the cute sea lions – my favorite. The day went by so fast and soon enough we were already leaving La Grande Motte and heading back to the city center of Montpellier. I ended the day with an evening run through the village of Jacou and topped off the day with a delicious dinner with my host family. Each morning, I hit the snooze one too many times and end up sleeping in long past breakfast. My host mom always brews up a fresh shot of espresso for me before leaving the dog, Dicou, and I, as she heads off to work. The dog, has to stay in the kitchen during the day, but thinks he can get away with sneaking out when I’m home… sure enough, the dog is right. It didn’t take me long to realize why the dog wasn’t listening to me when I kept saying “get in the kitchen!” … the dog too, speaks french. Can you believe it? Yet I suppose, it only makes sense. Therefor… the dog out smarts me everyday and this “sneeking out” has become part of our morning routine since I have no clue how to talk to this dog!

Desperately craving Starbucks, I went to the Odyseuseum after class, which is a large shopping center in Montpellier and also home to the ONLY Starbucks in the region. Not trying to sound high maintenance, but you wouldn’t believe how hard it is to find a latte here! I faced several language barriers today while trying to do normal day to day things such as; talking to a dog, buying groceries, and ordering coffee….. Phew, I’ll get there! Today was a full day! However with the way it started, you’d think it was a Monday. The bus decided to skip the stop for the University and continue on down the road about a mile before finally coming to a halt and opening the doors. I was a little annoyed, but not a ton, just because I knew there was a coffee shop around the corner where I could grab a coffee since I had some time. I ordered a “cafe latte” and set off to school, coffee in hand. I kid you not, five feet from the doors to the University, I accidentally bumped my own self with my hand, dropping my coffee and spilling it everywhere. It was such a bummer 🙁 But as usual, my day continued on and started with four hours of class and finished with an excursion to an Olive Farm up in the hills (Check out my latest post: “All About Olives” for more on this visit!). I had no idea what to expect from the visit, but ended up learning a lot and having a great time despite the high temps! My classmates are a lot of fun to be around and I’m thankful to be a part of such an enthusiastic group. For dinner this evening, it was just my host parents and I. Normally dinners are these HUGE five course meals, but tonight, they were so sweet and set out a ton of veggies to munch on instead of a massive meal with several courses. It was nice and light for the severe heat. Unlike every other day, today we had six hours of class – it was like high school all over again! Sometimes I really wonder how we went to school from 8-3, that seems like a lifetime. The first four hours were spent on grammar, vocab, etc. and the second half (which everyone was dreading) ended up being two hours full of games in french, such as charades, which with all of our cultural differences, was so much fun. For lunch, Martine and I tried a new cafe just down the road from the University. I had a veggie “croque monseiur” and she had a simple panini. Being that we’ve both got a major sweet tooth, we topped off our lunch by sharing a strawberry donut and a slice of chocolate cake – so healthy, I know – ha! After the long day, I was pretty tired, and went home after class. Eventually, I worked up the energy to go for a run before coming home to dinner with my host sister and a few of her friends. Martine and I have started talking about some potential mini weekend get-aways for the upcoming weeks! Portugaul, Spain, Italy, and several cities in between are all on the list – we’re taking any and all suggestions 🙂 A Girls Weekend in D.C. 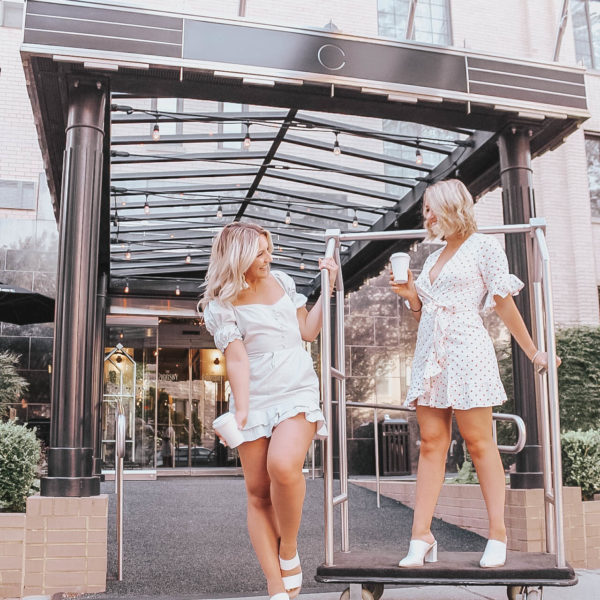 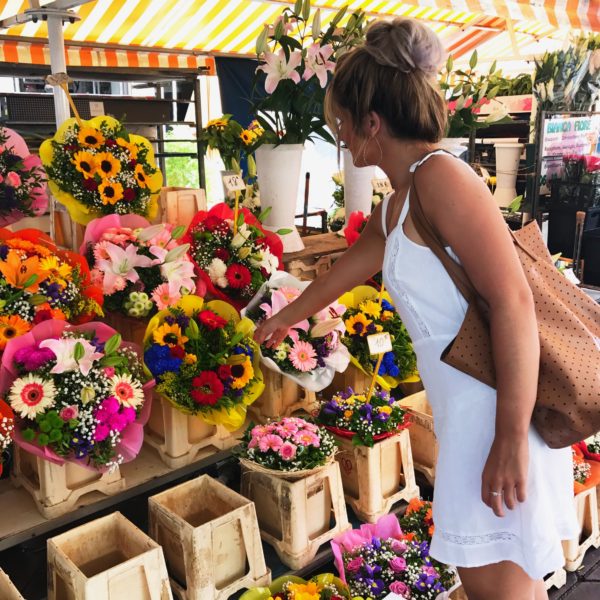 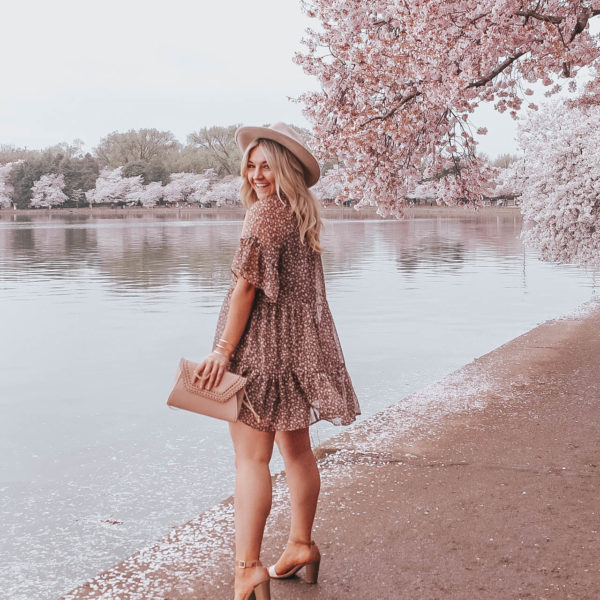