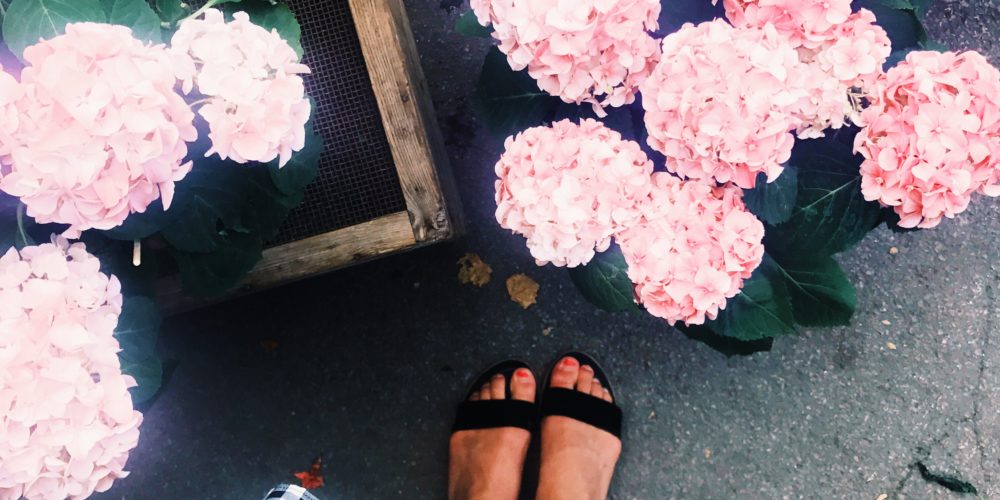 It has now been a week that I’ve been over seas in Europe, and what an eventful week it has been! Starting my journey with delay, after delay, after delay at the Minneapolis airport and nearly missing my connecting flight in Boston to London – Heathrow, my travels (& their little surprises) kicked off rather quickly. Luckily, I made my flight (phew!) and it was only a short 5 1/2 hour flight “over the pond” to London where we landed at 10:30 in the morning. Upon arriving in London, I was exhausted! But the trick to jet lag is shaking it off by staying up, regardless of what your body may be telling you. So, once I got settled in, I began getting ready for a photoshoot that I had lined up with my cousin who just so happens to live in London. We met at Kensington Palace (which, for those of you who don’t know, is where the Prince and Duchess of Cambridge live) which is a gorgeous area with lots of green space and scenery. The two of us had a lot of fun capturing some magnificent images (soon to come to B&B!) before heading off to dinner where we were meeting with even more family at “Coppa” along the Thames river. It was an absolutely beautiful day and it was so much fun being able to spend my first day in London surrounded my family. Up and at it! Today was one crazy day -my aunt, uncle, and two cousins, were so kind, and invited me to tag along on their daily travels through London. We started with a quick breakfast at “Pret Manger” (a popular cafe with fresh organic food and drinks) where I got a cup of delicious fresh fruit and a cafe au lait before heading to the tube station across the street. We began our exploring with a walk through Green Park, which leads straight to Buckingham Palace, and further continued through St. James Park where we stopped to take several photos and admire the stunning landscaping. After getting our fix of parks in, we headed towards the “”tourist” sights, such as Big Ben, Westminster, London Eye, and of course, took our photos with the red telephone booths. We continued throughout the day visiting all sorts of sights, enjoyed a picnic in the park with more “Pret Manger” and ended the afternoon with a stroll through the Kensington Gardens before parting our separate ways. I ended the evening with the BEST veggie burger of all time in one of Hammersmith’s little restaurants. It.Was.So.Good. I am guilty to admit this, but I slept in today…until 1 o’clock pm – lazy bum! But seriously… I was beyond exhausted from my travels and apparently really needed the extra hours! So, being that I slept in so late, the moment I woke up it was time to start getting ready for another photoshoot I had scheduled for the afternoon with a photographer I had discovered via Instagram – oh technology! The photographer, Agata, and I, met at the Holland Park tube station, which is a gorgeous neighborhood in London, very popular for movies, photos and a favorite for bloggers and Pinterest savvy gals. We shot three outfits in this area and I am absolutely dying to see how they turned out so I can share them (& outfit deets!) with you all. It was so much fun working with Agata, she has a unique style of photography and catered specifically to bloggers so I had a great time matching her style and collaborating with her to create some stunning work! Once we finished our shoot, we said our goodbyes and I set off to find a shop (Biscuiteers and Icing Cafe) I was determined to capture a photo of, and sure enough – I did! I finished the evening with a drink at the “Dove” and a nice walk along the Thames river. Today was my last full day in London and I was certain to make the most of it! I kicked off my morning with a run along the Thames river. It felt so good to get a quick workout in after a week of munchies and well, as Londoners do, drinks at the Pubs! London has a fantastic new shopping center, Westfield, so being the shopaholic I am, I had to go and check it out after my run. I ended up finding a cute dress at ZARA and managed to drag myself away from the mall before I found anything else. I had heard of Peggy Porschen’s cupcakes (thanks to insta & pinterest) prior to my trip, and made it certain that I would make it to the pretty pink palace of cakes, and boy oh boy and I glad I did – they were the best cupcakes in the world! Sweet tooth satisfied, my next stop was really no where in particular other than getting over to Regents Street near the city center to do a little window shopping before grabbing a sandwich and heading to St. James park for a picnic and a little quiet time to get started on a new book (Tell me Three Things). Overall, today was a fun day of playing in the “life of a Londoner” as I felt I didn’t really do anything too “touristy” and just went along with the day. I woke up in extreme panic for four reasons: 1.) London had been under attack, 2.) I missed my 4 a.m. taxi to the train station, 3.) I missed my 5 a.m. train, and 4.) There was no way I was catching my 7:30 a.m. flight to Montpellier, France. Normally, I would say I am a very calm and collected person, but this morning put those words to the test. I didn’t even know where to begin in figuring out what to do! I already knew I was going to miss my flight, but was still worried I may not make it to Montpellier in time for my study abroad program. I ended up racing out the door, hoping in a taxi, getting on the train, and arriving at the airport at 7:20 a.m. to be told that I had to re-purchase my ticket, re-pay for all of my luggage and wait 12 hours in the airport until the next flight to Montpellier that evening. I wish I had more exciting things to say about this day, but unfortunately all the excitement took place between the hours of 5:36 a.m. and 7:20 a.m.! It was’t until nearly midnight that I finally arrived in Montpellier and needless to say, it was quite the day.

Le premier jour dans Montpellier – The first day in Montpellier! Coming from the beautifully modern yet historic city of London to Montpellier seemed like quite the drastic change, not only are the looks different, but so is the language as everything has gone to French! While I may have taken several courses in french, I can;t even begin to explain how unprepared I feel to be in a country with french as the dominant language and several people who do not speak any english at all. It is a drastic change that is going to take some getting used to. Today, we started the day with a delicious french breakfast before heading off on a quick tour of Montpellier and picking up our french phones (which, by the way, I now have a french phone number to contact!). In the evening, we were picked up by our host families and taken back to their homes with them where I was able to enjoy a wonderful dinner accompanied by “beaucoup de vin” – a lot of wine! My family is very sweet and welcoming, however, neither of the parents speak english and it is up to their daughter to translate anything that we don’t understand through our communication as I’ll admit, I know very little. They have an adorable little dog, “Dicou,” and are extremely good at cooking and so kindly cater to my vegetarian diet. I am very happy to be here! Another early morning with a placement test to join. This morning my host family showed me how to get to Paul Valery (the university where I am studying) where I met with the others from my group and we all took a placement test. The nice thing about the test, was that it really doesn’t matter how you score – regardless of how well/poorly you do, you’re placed in a course that is fit for you and you’ll still receive your sequential credits back at the U of M – thank goodness! Once we finished the exams, we did a quick tour of the campus before grabbing lunch and heading to the beach which is about an hour away – definitely manageable. It was a little chilly for the beach today because it was very windy but we stuck around for  bit before heading back into Montpellier. For dinner, my family prepared a delicious salad with freshly cute vegetables, spinach tortellini, cheese and bread, and last but not least, ice cream for dessert. Dinner here is  much different than in the U.S. – typically, the french eat very small breakfasts, lunch, an afternoon snack, and a large dinner with several courses around 8 o’clock p.m. – rarely earlier. It’s something to adapt to! While today was only my second day in Montpellier, I feel as though I am slowly catching on to the language with every interaction that I have. Hopefully, by the end of the 8 weeks, I can have a continuous conversation. 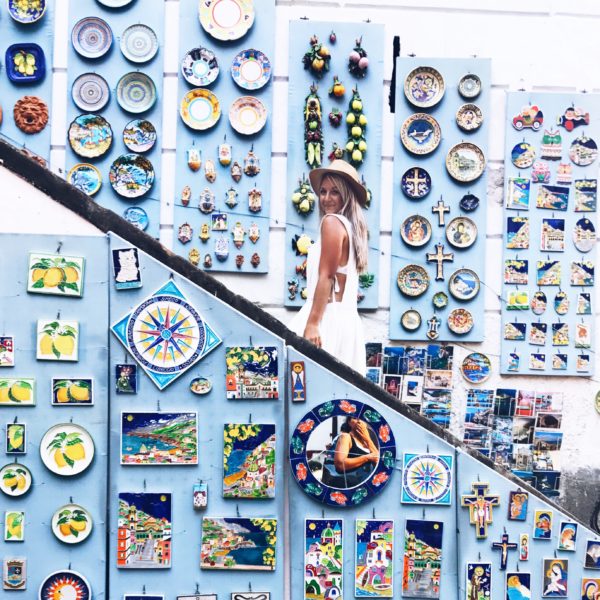 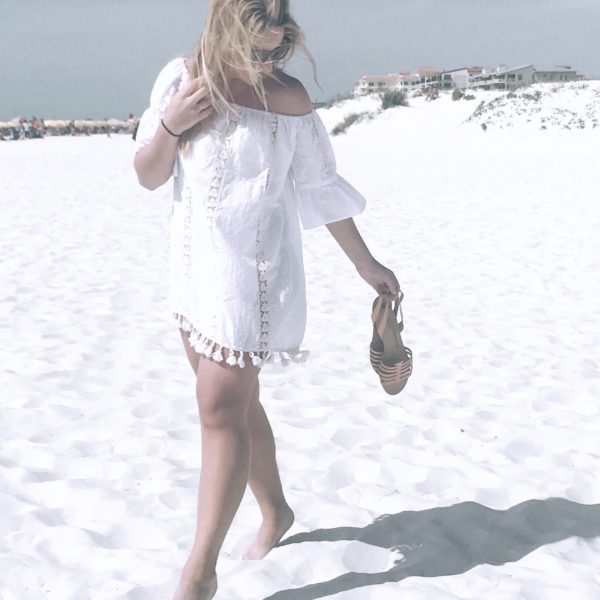 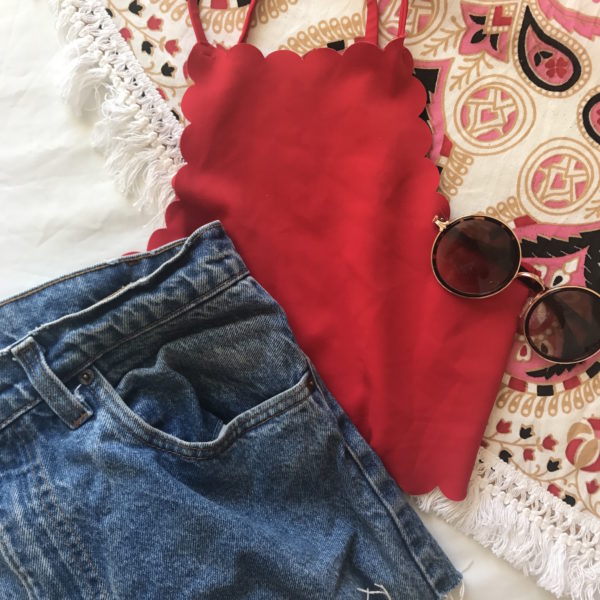 ← A Visit to Peggy Porschen’s
Playing with Prints →